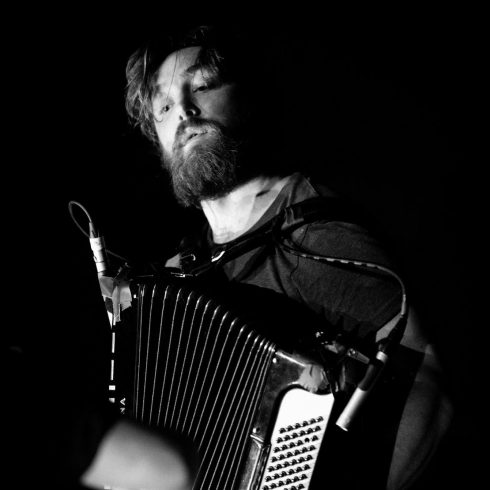 Louis is a musician and theatre maker based in West Cornwall. He has played in bands, accompanied theatre shows and toured extensively across the UK and internationally.

Louis has been awarded several artist residencies to develop multi-disciplinary performance, including a grant from the Artists’ International Development Fund to train alongside Polish theatre company, Gardzienice.

More recently he has been playing with “the best folk band you’ve never heard of” The Odd Folk, performing with Jim Carey’s The Saboteurs, and singing with male voice choir, Men Are Singing. He leads The Rat Affair, a band of musicians, theatre makers and visual artists. Last year they toured their first show, RAT.