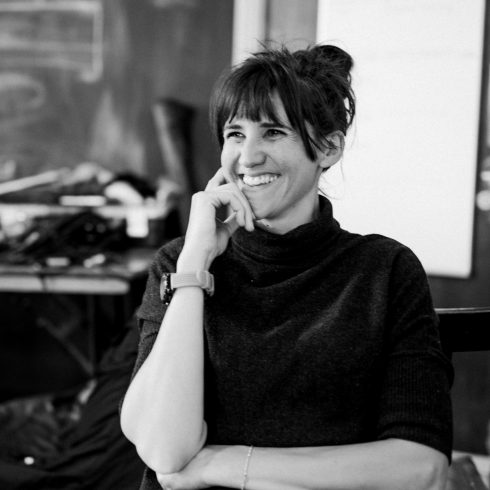 Catherine graduated from Central School of Speech and Drama and has been working in the creative sector for over 15 years. She was a founding member of the multi lingual physical theatre company ‘Bottlefed’ creating works in London and touring in Europe, winning the Jury Prize at 100° Berlin festival at Sophiensael for their work ‘Hold Me Until You Break’. Shortlisted at Edinburgh Festival for a Total Theatre Award for Best Performance as an Ensemble, and winning a Lost Theatre Award for Best Direction in their production of ‘Camille’ the life of Rodin’s lover and a sculpture in her own right.

In 2010 Catherine moved to Cornwall where she joined Miracle Theatre as part of their repertory company starting with Shakespeare’s Juliet, she has been playing a multitude of different character parts from tragedy to comedy for the last 10 years.
She has also worked with O-Region (Dead Monkey, Brown Willy), Canvass Theatre (A Star is Born), Owdyado (A View from the Edge), and created her own works – ‘The Wanderer and the Selkie’, an original lyrical story with musical interludes co-created with Oh My Clementine, and ‘The Grampound Murder Mystery’, an immersive site-specific theatre piece working with the Heritage Centre of Grampound and Near-Ta Theatre.

Alongside acting on stage, Catherine is a workshop facilitator, for both acting and singing workshops. She has facilitated workshops for adults working with WEA, One Parent Cornwall, The Minack (play in a day), and workshops in both primary and secondary schools. She gives private singing lessons to people who think they cannot sing, either because they have been told so, or they have been told they are tone deaf. She integrates singing with bodywork, using yoga exercises and the breath in order to free the voice and find their authentic singing voice.
She has been an associate lecturer for the Acting course at Exeter University (Penryn Campus) working on their Improvisation Module and Scene Studies, and been brought in to the TV and Film Courses as an actress for students work to be heard, or filmed.
During Covid-19 she is working on her own project ‘Take a Walk on the Blind Side’ an interactive site-specific work that hopefully will be able to be aired next year.

She is an advocate for the power of ensemble work, and believes in the group being bigger than the sum of its parts.